Pain and suffering damages are a form of monetary compensation intended to compensate you for the physical pain and mental suffering you have endured as the result of another person’s negligence or carelessness.  Unlike economic damages such as medical bills and lost wages which are based on actual losses and are capable of being calculated, pain and suffering damages are not based on any actual losses. Pain and suffering damages are legally classified as “noneconomic” damages. There is no measuring stick or mathematical formula for calculating pain and suffering. Instead, it is decided on a case-by-case basis according to the facts of your case. At trial, a jury is instructed to award you any amount of money that they believe is appropriate in their sole discretion based on the evidence presented in your case and the persuasiveness of your lawyer. A jury could award you one dollar or one hundred million dollars; the jury decides.

Determining the Amount of Pain and Suffering Damages

To determining the amount of pain and suffering damages that you can expect to receive, your attorney will draw on their experience as well as look at recent jury verdicts awarded in cases similar to yours. Then, it will be up to your lawyer to put forth a strong case showing both the severity and duration of the physical pain and mental suffering you have endured and will continue to endure. It will then be entirely up to the jury, who has hopefully been effectively persuaded by your lawyer, to decide the amount of pain and suffering damages you should receive. If your case is settled prior to trial or without filing a lawsuit in court, then your attorney should demand that the defendant or its insurance company pay the same amount you would reasonably expect to recover if your case was before a jury. That way, the settlement amount will be fair and appropriate and no different than if you had taken the case to trial.

The law does not factor medical bills into the proper amount of a pain and suffering award; the two are decided independent of each other. However, jurors are human and it is only natural that they will to some degree based their pain and suffering award on the amount of your medical bills for treatment related to your injury. For example, if your injury-related treatment bills are $1,000,000, a jury is likely to award you more money than if your injury-related treatment bills are only $1,000. The larger amount of medical bills gives jurors the impression that your injuries must have been more severe, painful, and long-lasting. For this reason, insurance companies in reaching settlements often base their offers on multiples of your medical bills. In some case, the numbers result in a fair resolution of your claim and it makes sense to settle your case out of court. In some cases they don’t and that is when your lawyer will recommend that you file a lawsuit and take your case to trial before a jury.

The type of injury that you suffered forms the basis for assessing the likely severity and duration of the physical pain and mental suffering that you are claiming. If you have minor whiplash, then jurors would be unlikely to be persuaded that you had extensive pain and suffering. If, on the other hand, you fracture your spine and have multiple vertebrae fused together, a jury would likely be persuaded that you have gone through great pain and suffering and award you a very large amount of damages. In cases serious accident cases involving surgical repair and permanent disability, a pain and suffering award will frequently be in the millions of dollars.

In car and motorcycle accident cases, the amount of damage to your car, truck, or other vehicle may affect the amount of a pain and suffering award you can expect to receive.  If your car has a slight dent in the rear from an accident, a jury is unlikely to be persuaded that you suffered a major injury and you can expect a small monetary award. If, on the other hand, your car was crushed and totaled in an accident, your lawyer would be able to establish through expert testimony that there was in fact a clear and unmistakable “mechanism of injury.” A jury would be persuaded that you were seriously injured in the accident and award you a large sum of money. 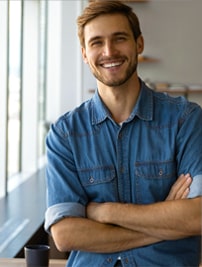 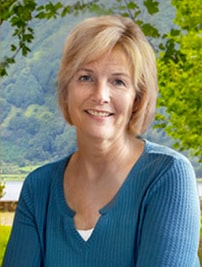